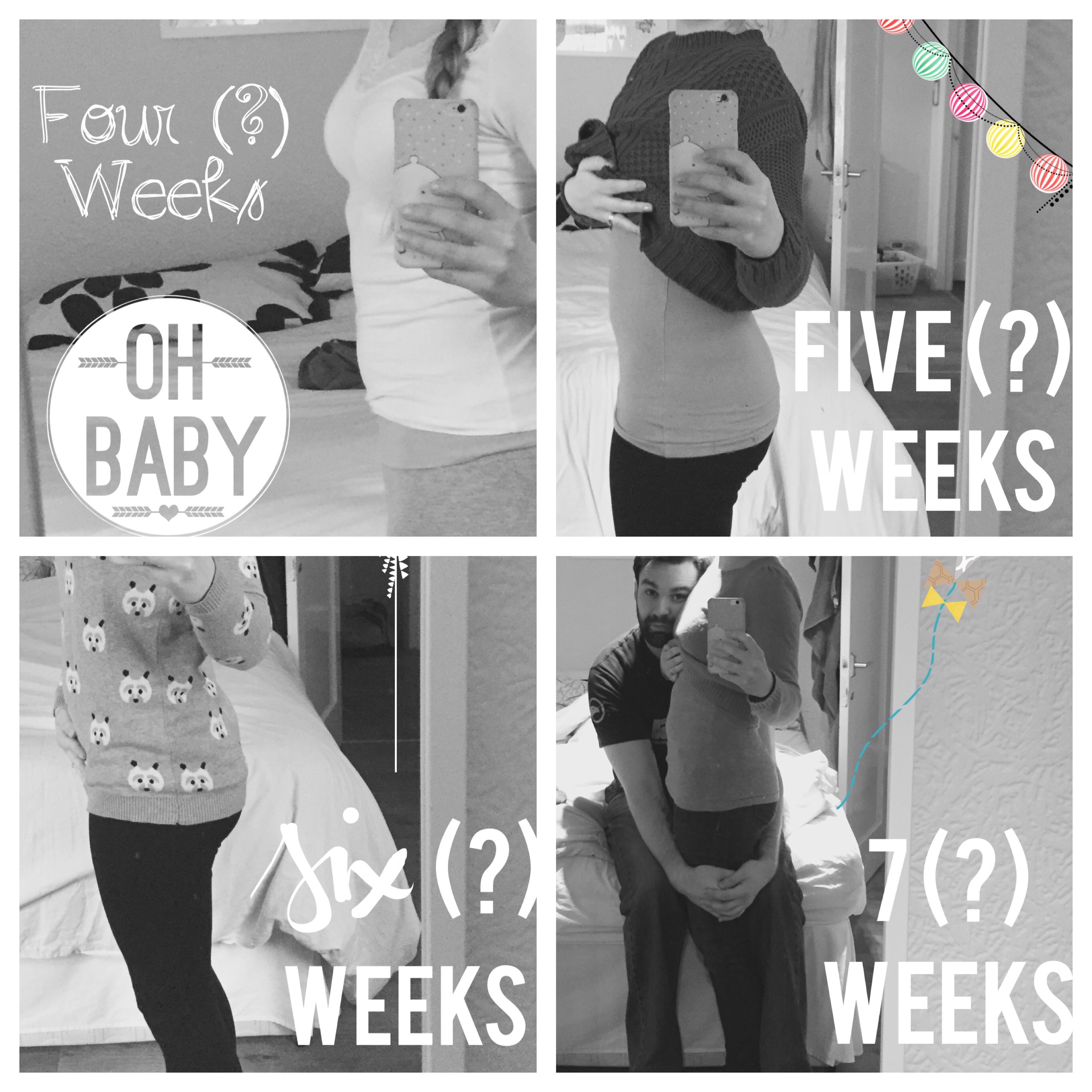 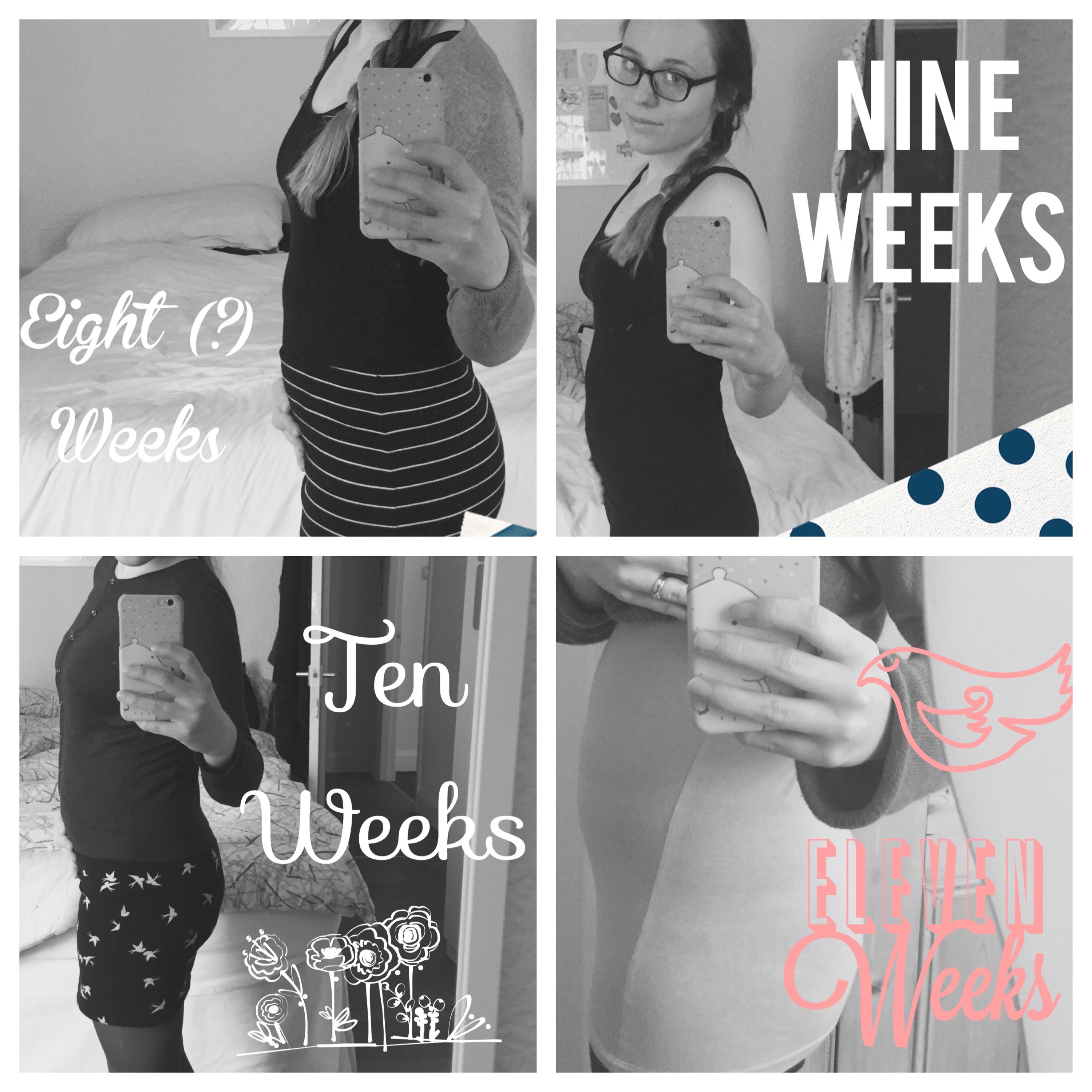 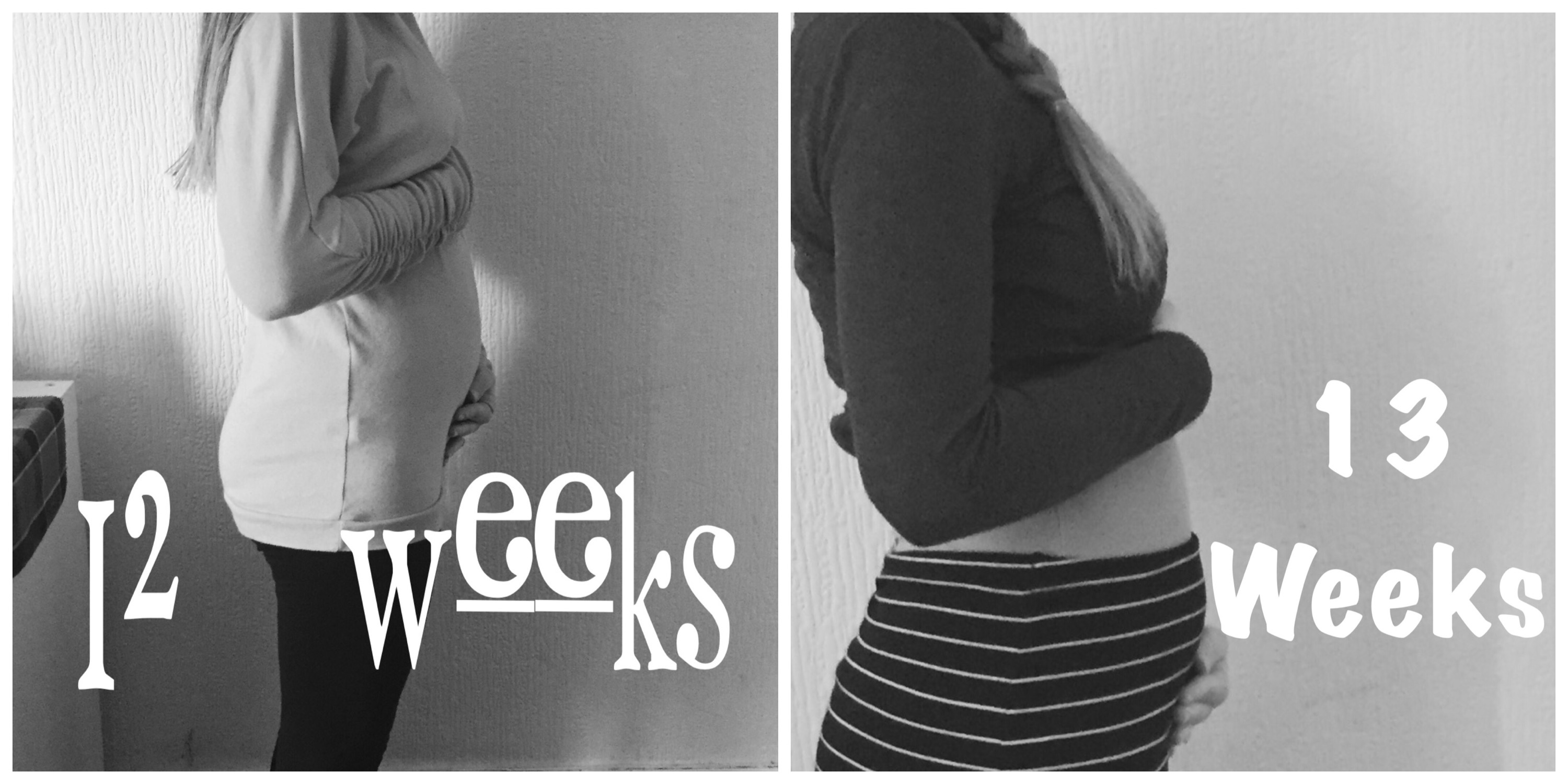 Last week, we finally made it to the end of the first trimester! I’d like to say that it’s been a roller coaster, but if I’m honest, the high of discovering that we’re expecting a baby was followed by a full two months of nothing but shit. But first things first.

Two days after Valentine’s Day, Jake was away at a class in the evening and I spontaneously thought it would be a good time to take a pregnancy test. I wasn’t really expecting it to turn out positive – if I was, I would have waited until he was back at home! When I saw the faintest of lines had appeared, I may have squeaked with excitement… and then forced myself to wait until Jake had come home, taken off his coat, sat down and settled before I told him the news. It was incredibly exciting for both of us, and we still can’t quite believe that there are now technically three people in our little family!

Soon after we found out though, I got sick. I’d like to say that I had a bad case of Morning Sickness, but that term simply doesn’t do it justice. I’ve never been so ill in my life. I lost half a stone in four weeks, couldn’t keep anything down, was throwing up around ten times a day and was eventually put on medication by my doctor, which I ended up taking for longer than I probably should have because the sickness simply would not let up. It was hideous. It was so debilitating that I couldn’t do anything – I couldn’t go to work, I’ve had to interrupt my MA, I couldn’t look after myself and I can honestly say that, without Jake, I would have been well and truly screwed. While it wasn’t officially diagnosed, I am relatively sure that I was on the milder end of the HG-spectrum, and I’ll be writing a post on handling pregnancy sickness in the near future to share a little more with you. Because I was so ill, I’ve been letting myself indulge in whatever cravings I had, vegan or not. However, as I’m slowly getting better, I’m starting to feel a bit repulsed by this and am cutting any dairy products back out of my diet, although this is proving harder than I thought – especially when I’m out and about, have eaten all the snacks I packed and start feeling faint and hungry without a vegan option in sight. I think this is something that will take extra-careful planning.

While this was going on, we had our dating scan, which was another mixed experience. They ask you to drink two pints of water before, which I did and somehow managed to keep down. However, I have a small bladder, and by the time we were called into our appointment (45 minutes later than scheduled – typical), I was sobbing because I was in so much pain. The midwife took one look and told me I needed to go for a wee, as my bladder was too full. You can imagine how pissed off I was. Clearly, drinking one pint would have been enough, I don’t know why they would give you these instructions if they turn out to be useless. And of course my bladder will be fuller than it should be if you make me wait an extra 45 minutes! Once the scan finally started, it turned out that I was only around 8+5 rather than 12 weeks, which I could have told them from the beginning. For this reason, we decided to pay for another scan at 12 weeks, which was done with aprivate  provider and was an all-round more pleasurable experience. Seeing the baby at both scans was amazing though, and watching it wave its tiny little arms and legs around at that first, frustrating appointment made everything worth it. All of a sudden, the whole thing seemed more real.

Overall, my first trimester was not enjoyable, and I’ve now moved into the second trimester without feeling energised and amazing. I’m starting to get frustrated with not being able to eat well and not exercising, but I’m hoping this will get better in the next few weeks!

Vegan mums and mums-to-be: what are your tips on maintaining a vegan, healthy-ish diet when you’re constantly surprised by hunger pangs, even when you’ve packed enough food, and are always craving subway sandwiches? I’d love to hear from you!